Parkton is another area of northern Baltimore County, but it also borders closely to southern York County, Pennsylvania. Locals can easily cross over the Pennsylvania line as it is only 5.5 miles from Parkton.

The area is named after Margaret Parke who owned the land after she inherited it from her father. After his death, she did not keep the land, but began selling it in portions in 1854. The land was largely used for agriculture where farmers grew wheat, corn, oats, and livestock.

Parkton is also known for the filming of the movie “Guarding Tess” which took place in the area.

Another great place to visit is The Farmyard in Parkton. The Farmyard allows kids and adults to have a hands-on experience getting to know agriculture. Educational events are held, as well as purely fun events, and patrons can purchase local products from their shop. Some of their most popular events include pony rides, corn mazes, and pumpkin and sunflower picking.

There are many places in Parkton, MD that you can visit to help relieve some of your stress while your pet is being treated. We are proud to treat this community and promise to care for your pet with all the love and respect they deserve. We know that a visit to an emergency hospital is always a stressful time for both you and your pet. We strive to provide you with the best experience and care to alleviate that stress and get your pet back to feeling like themselves

Learn About Our
Pet ER 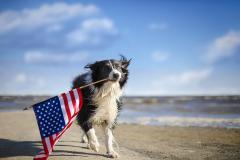 Any loud noise can cause a pet’s anxiety to skyrocket, especially fireworks. 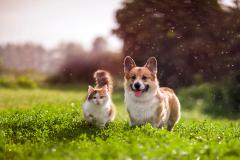 As warm weather approaches and the days become longer, we find ourselves becoming more active and spending more time outside with our animals.